Do you live in an industrialized city with public transport?

If so, there’s a good chance you don’t quite understand what Trufi does. Not unless you’ve made an effort to understand informal transport networks in the global south, or have lived there yourself and have tried to use public transport.

Demonstrating the Trufi App to a North American Audience

At State of the Map US 2022, in Tucson, Arizona, Trufi volunteer Dylan Scott presented a version of our presentation, “How To Remotely Map a City’s Public Transport Network During a Pandemic” which discusses our mapping project in Nouakchott, Mauritania. But at the end, Scott decided to take a shot at explaining Trufi’s magic; he demonstrated our app for Cochabamba, Bolivia.

He boldly went into the gauntlet of blank stares and yawns we had warned him about.

This is his two-minute demo: 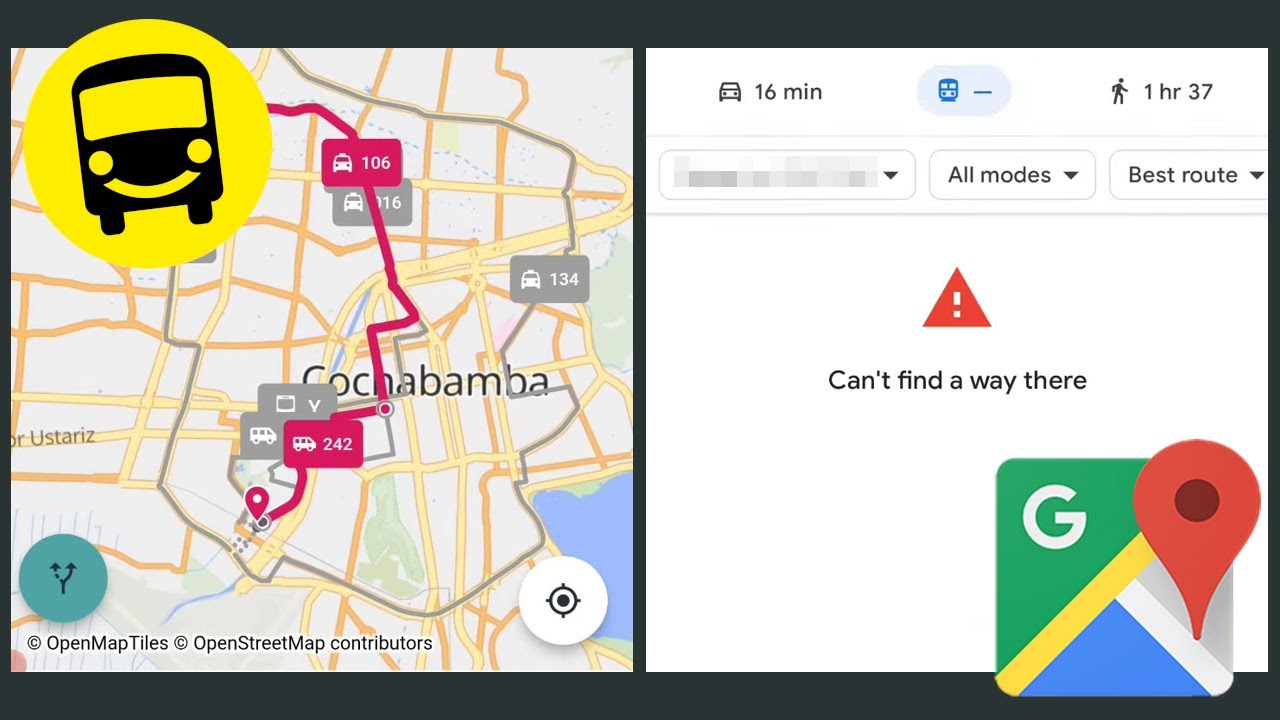 Trufi Has an “Elevator Pitch” Problem

We often talk to people who live in cities that are rich – especially rich with public transport data. When we try to explain concisely what we do (the elevator pitch) it’s like explaining to a fish what it would be like to live in water, but first asking the fish to imagine it had never before lived in water.

When we demonstrate a Trufi app to someone from a developed city, the user interface and the features and capabilities look kind of… ordinary. They’ve seen apps like this before. They use one every day, probably Google Maps or something like it.

“I tried to explain to the people I see at the dog park what Trufi does,” said Nicole Siggins, Trufi’s administrative coordinator based in Hamburg, Germany. “And they say, ‘So it’s like MOIA ride sharing for developing countries.'”

Prepping Dylan Scott for SOTM US

For the State of the Map US 2022 conference. We had hoped to present remotely – as we’ve done successfully throughout the pandemic. But when we realized that we would have to present in person, none of our usual representatives were able to go to Tucson. We scrambled to find a surrogate who could present on our behalf. We worked our connections in Arizona, and we found Scott, a web developer, GIS expert, and sustainable transport activist based in Tucson. A perfect North American Trufi volunteer.

When we briefed Scott on Trufi, and prepared him for the event, we impressed upon him, “Most of them are not going to get it,” we said. “Prepare yourself for a sea of blank stares. But have fun.”

Can’t Find a Way There

Like the setup for a joke, Scott says, “Let’s look at what the trillion-dollar company, Google, would be able to provide for this region.” He inputs coordinates into a Google Maps for a public transport search identical to the search he had demonstrated moments before in the Trufi app.

Punchline: “Can’t find a way there.”

To deconstruct the joke (and make it not funny) it’s important to understand why Google can’t find a way there. Google is a lot of things, but it isn’t an NGO, and it doesn’t map public transport routes.

Google Maps bases its public transport route planning on the static timetables and real-time data provided by cities’ transit services. Trufi generally does its works where cities don’t – or can’t – provide this data, because the transport network is partially or entirely informal.

Google can’t be bothered. We get it. It’s hard work. And it would be unprofitable. Trufi is a nonprofit. Mapping informal transport is time-consuming work, usually done by local volunteers on the ground in these cities – OpenStreetMappers, to be specific. And Trufi helps these OpenStreetMap communities succeed, by teaching how to accurately map and digitize public transport routes – because no one else is doing it.

It’s because of volunteers on the ground that Trufi apps can find a way there.

Many thanks to Dylan Scott for explaining so well what we do to State of the Map US 2022.

2 thoughts on “Do You Think You Understand What Trufi Does? Watch This…”

This site uses Akismet to reduce spam. Learn how your comment data is processed.